“An idea, like a ghost, must be spoken to a little before it will explain itself.”
Charles Dickens

48 Doughty Street, Borough of Camden, London. Charles Dickens lived here in this gorgeous Georgian house. Here he dreamed, imagined, created and wrote from 8am to noon every day (a testament to the need for dedication, discipline and focus if one is to truly call oneself an author) from 1837-1839. The rest of his day involved going for walks and taking care of additional business. I am sure that those walks around London informed much of his writing and that on them, he took in the dialogue, smells, tastes and textures of the city at the time. 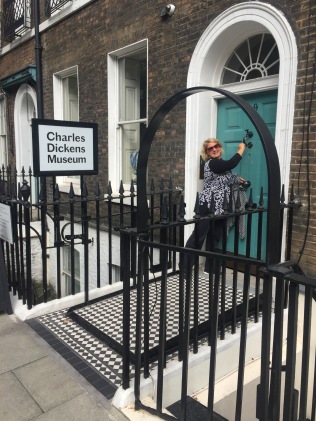 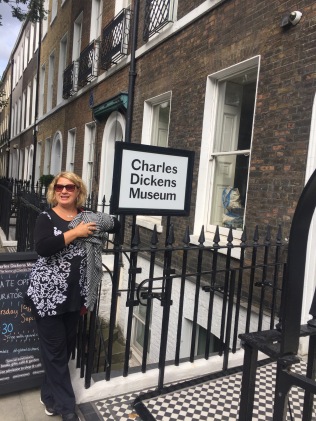 Here, on Doughty Street, he toiled at his desk (the one on display) and breathed life, colour and conversation into his ideas for characters such as Pip and Nicholas Nicholby. He spoke to them and they explained themselves in his fabulous narratives. He would often entertain people in his parlour, treating them to an electrifying reading from newly imagined pages upon which the ink was barely dry. 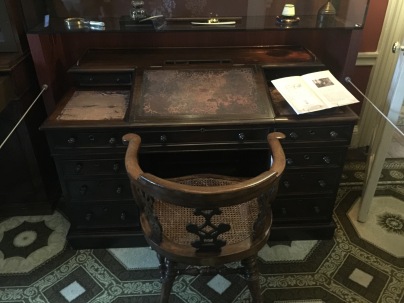 It might have been jetlag, but I felt a bit overwhelmed when we entered, like I was walking on some kind of hallowed ground, and in doing so, I might absorb some of Dickens’ genius through the very soles of my shoes! By the end of the visit, indeed I think I had…or at the very least found commonalities between Dickens’ experience as a writer and my own. 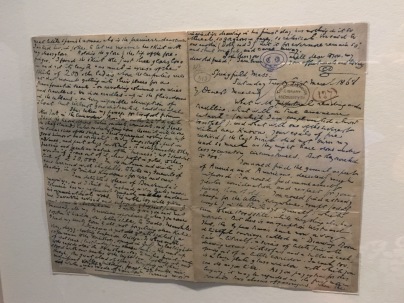 The house and its contents told a Tale of Two Dickens, presenting both the private and public sides to his personality. I loved seeing letters written in his own hand in curling cursive. I was impressed at his ‘touring writing podium/reading desk’ that he designed and had built especially for him. It showed he was one serious celebrity. I enjoyed discovering his life as an actor and seeing the souvenirs he collected in Montreal where he was the ‘stage manager’ in a play and where his wife also had a small role. He had a love of the stage and theatrics. He even had his own theatre for awhile!

There were playbills, posters, his writing desk, his bed, his dining room table, chairs and table settings, a set of his clothes and even Dickens’ commode as he was know to have tummy troubles (even writers have to…you know).

If someone were to create a museum to you, what would they place in it? What would these artefacts say about your life, your thoughts, your personality?

For me, they might include the coveted teaspoon collection that I inherited from my mom, or perhaps the ribbon I wore as the crowned Miss Summerama, or my Tickle Trunk…or everything fairy collection…or this mac where I dare to dream as Dickens did.

Leave your response in the comments section below!